The Devil Himself – a new by Paul Nugent

inspired by the book by Andrew Porwancher

A work-in-progress staged reading of this new epic play inspired by a true story about a young woman in the Gilded Age who is scandalously slandered, leading to duels, court cases and a media frenzy.

From Stage To Film

Supported by The Arts Council. 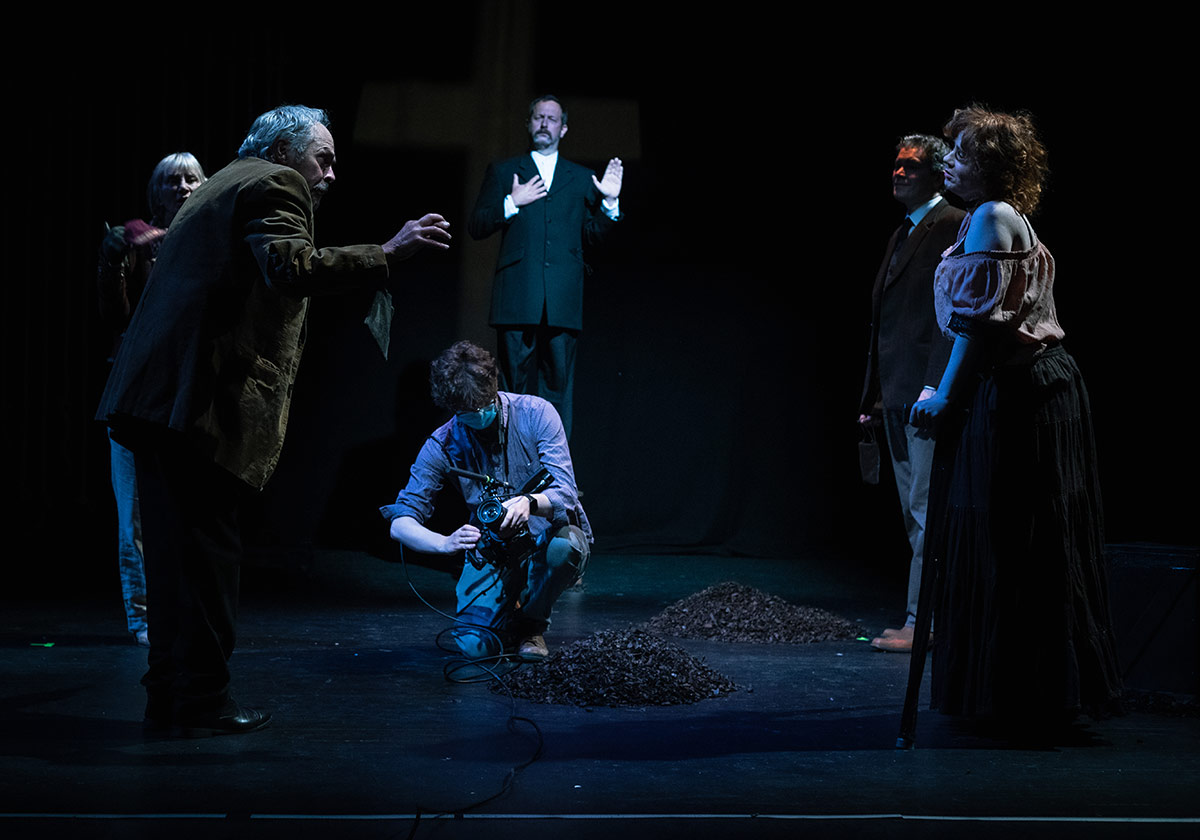 An R&D workshop exploring the best ways to capture a play on screen, based around a filming of AboutFACE’s production of The Gods of the Ozarks by Matthew Cole Kelly. How does a story on stage translate on screen? What can theatre learn from the skill set of cinema, and vice versa? Are there special rules for this hybrid form? And how can we create an experience for an audience on a 2D screen, that matches the 3D of theatre?

March 19th 2021 – Online in partnership with The James Joyce Centre

A live online rehearsed reading of United States v. One Book Called Ulysses, Colin Murphy’s new play about the greatest literary trial of the twentieth century! Pitting the publishers Random House against the New York Society for the Suppression of Vice, which viewed James Joyce’s Ulysses as scandalous and obscene, this funny and dynamic new play, based on documentary materials from RTE journalist Declan Dunne, retells the story of the historic Woolsey Judgement of 1933 … 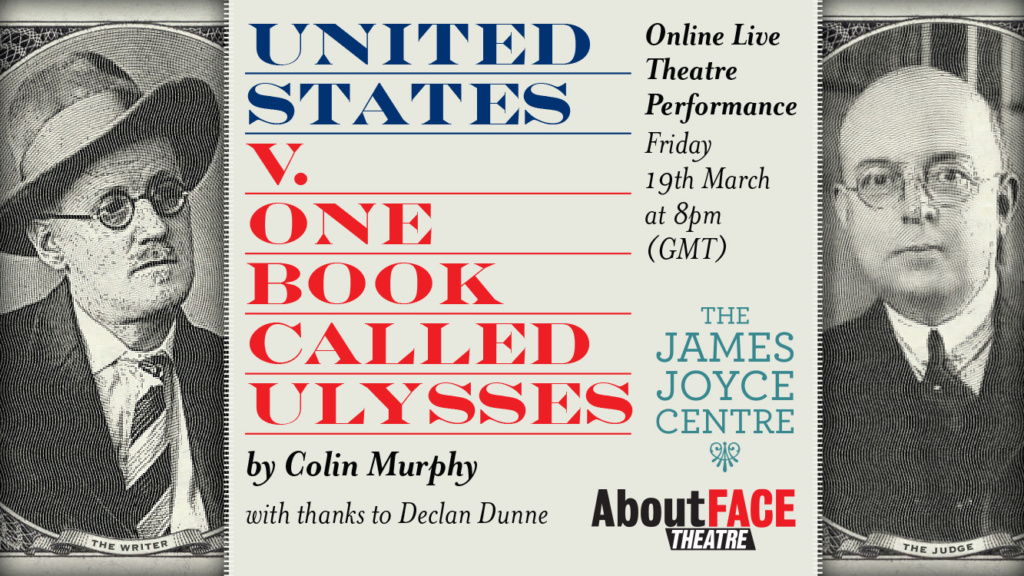 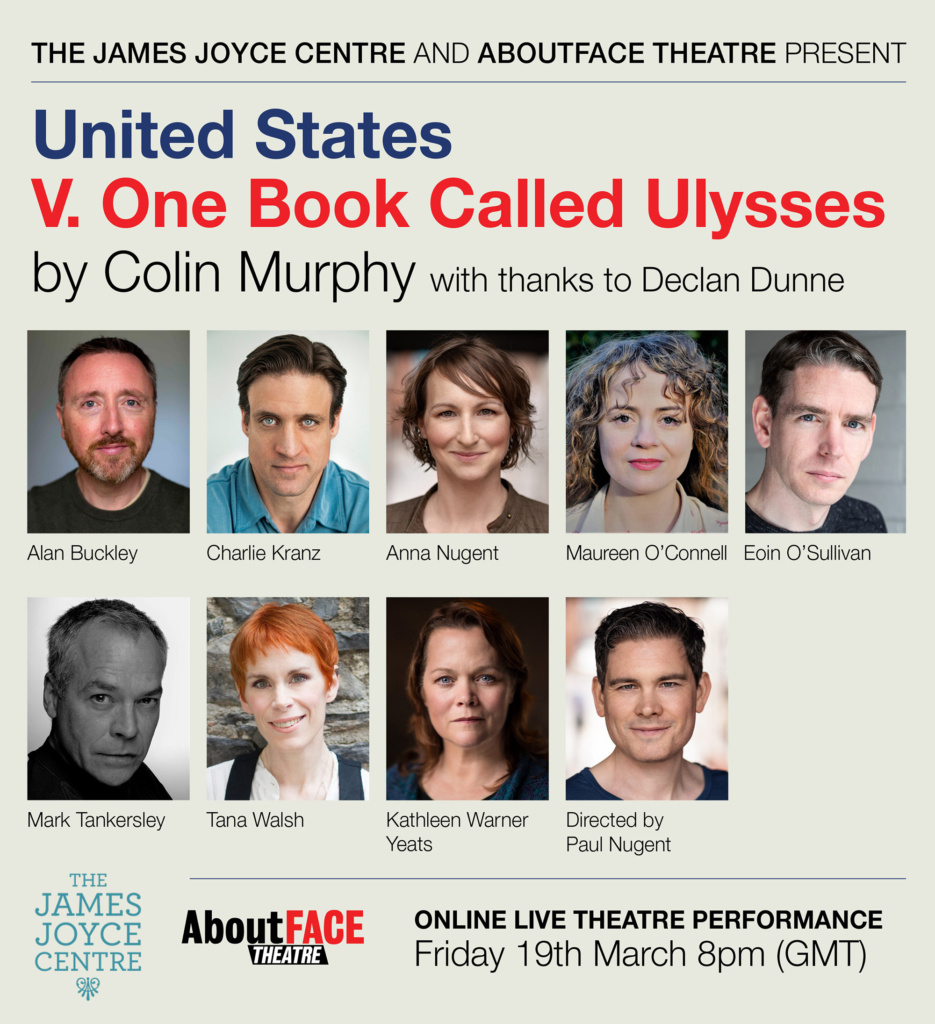 “Brilliantly staged … by the end had the audience heavily invested in the verdict of the trial … Overall, the show masterfully adapted one of the most dramatic legal trials of the 20th century to the virtual stage. The actors made clever use of costume changes and camera capabilities to present the illusion of reality over Zoom, whilst the plot, despite originating from a lawsuit, was undeniably exciting.”

The Devil Himself a new play by Paul Nugent

adapted from the book by Andrew Porwancher 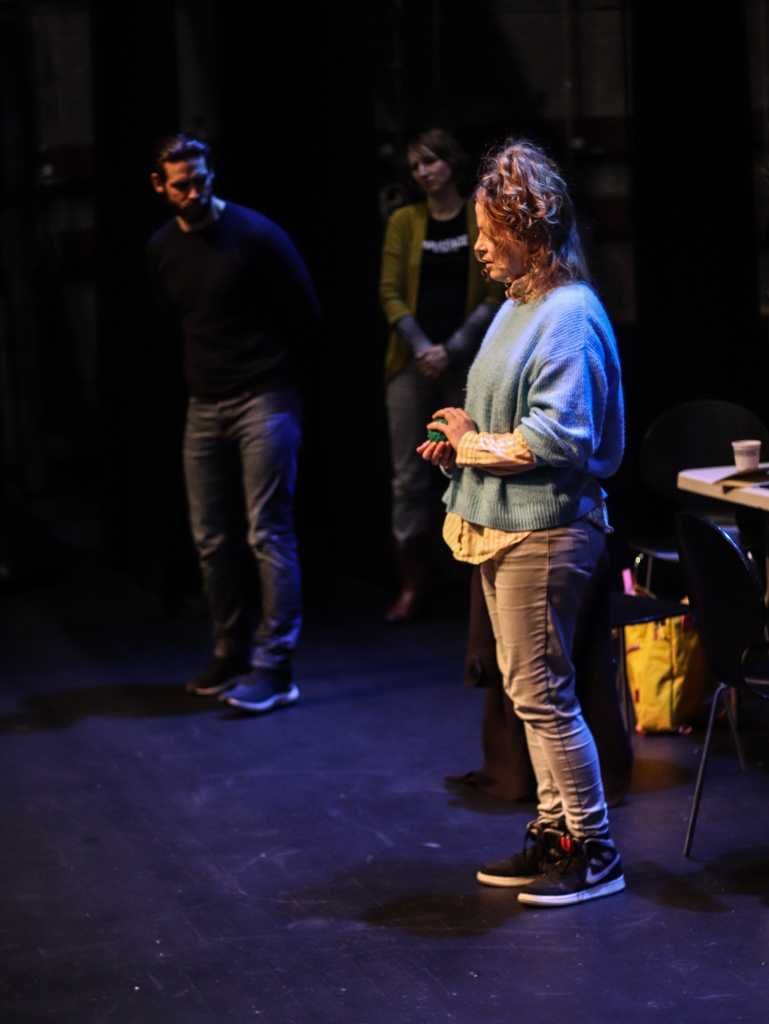 An online work-in-progress presentation following a week-long workshop of a brand new adaptation in development. It tells the sensational true story of Lizzie Nutt, fiancee to debonair playboy Nicholas Dukes and daughter to fiery war hero Captain Adam Nutt, whose reputation is shattered when she is accused of being a seductress who “would disarm the devil himself …”

A work-in-progress presentation following a week-long workshop with actors and musicians of this new play, originally developed at our 2013 NEWvember Festival. It examines the impact of the discovery of silver in frontier town New Mexico in the 1880s, where Tills Jasper has just murdered town dead-beat George Grillit with the business end of a pick axe – now George’s ghost is stalking his murderer with a doomsday guitar …

To mark our return to producing full-time in Ireland, AboutFACE was delighted to present rehearsed readings of three of our favourite plays from our NEWvember Festivals in New York 2011-2015, in a warm and welcoming pub setting.

How The Dog Runs by Dan O’Neil

A family drama of engagements, death and fireworks on a tumultuous 4th of July at a lakeside cabin in Wisconsin.

A bittersweet and magical romantic comedy captures couples finding, losing and risking love, over one Friday evening in suburban America. 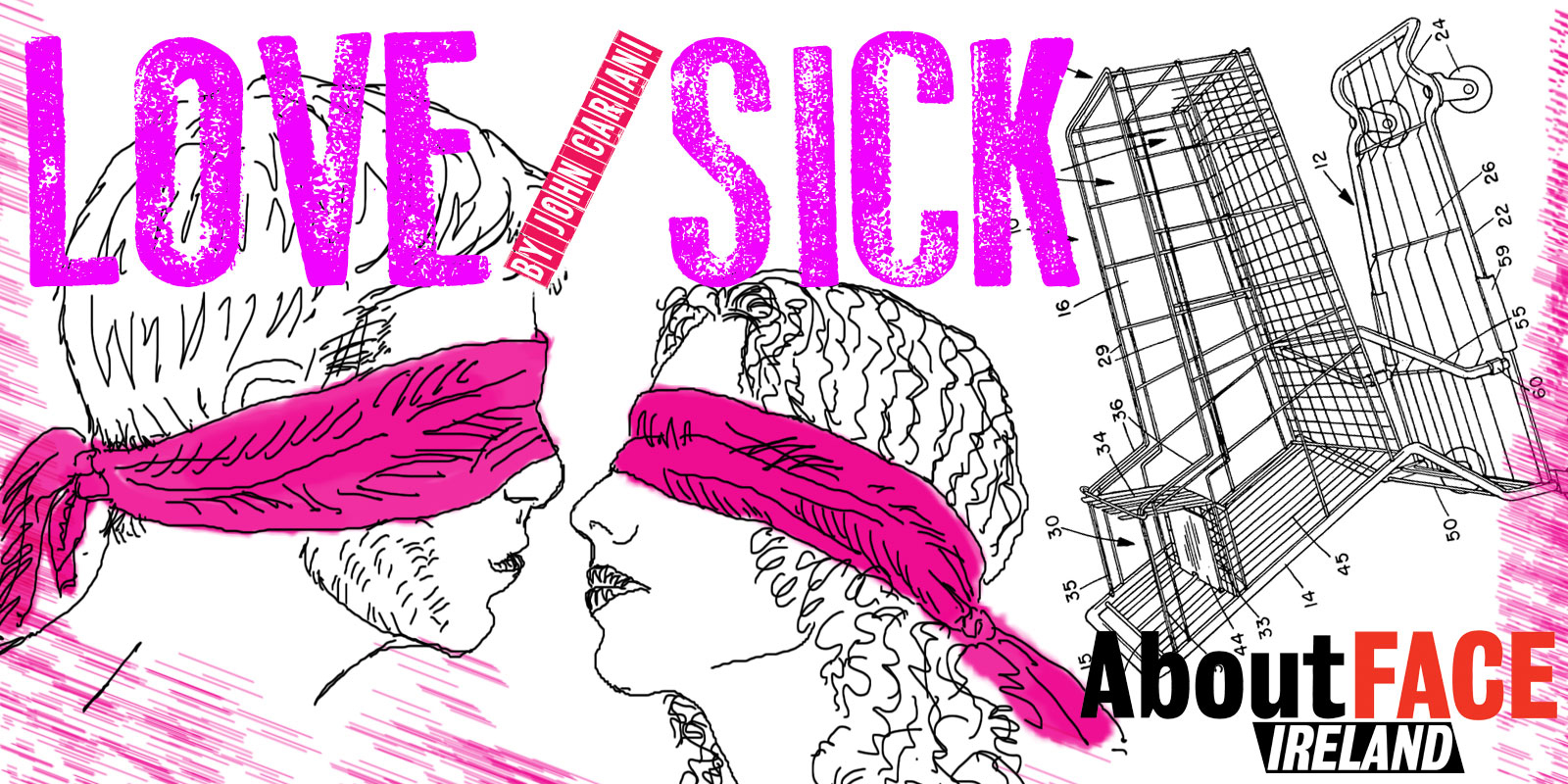 Keep Calm and Carry On by Melisa Annis

An intriguing and powerful drama about a middle-aged Welsh couple in mourning and a young visitor coming with a mysterious delivery. 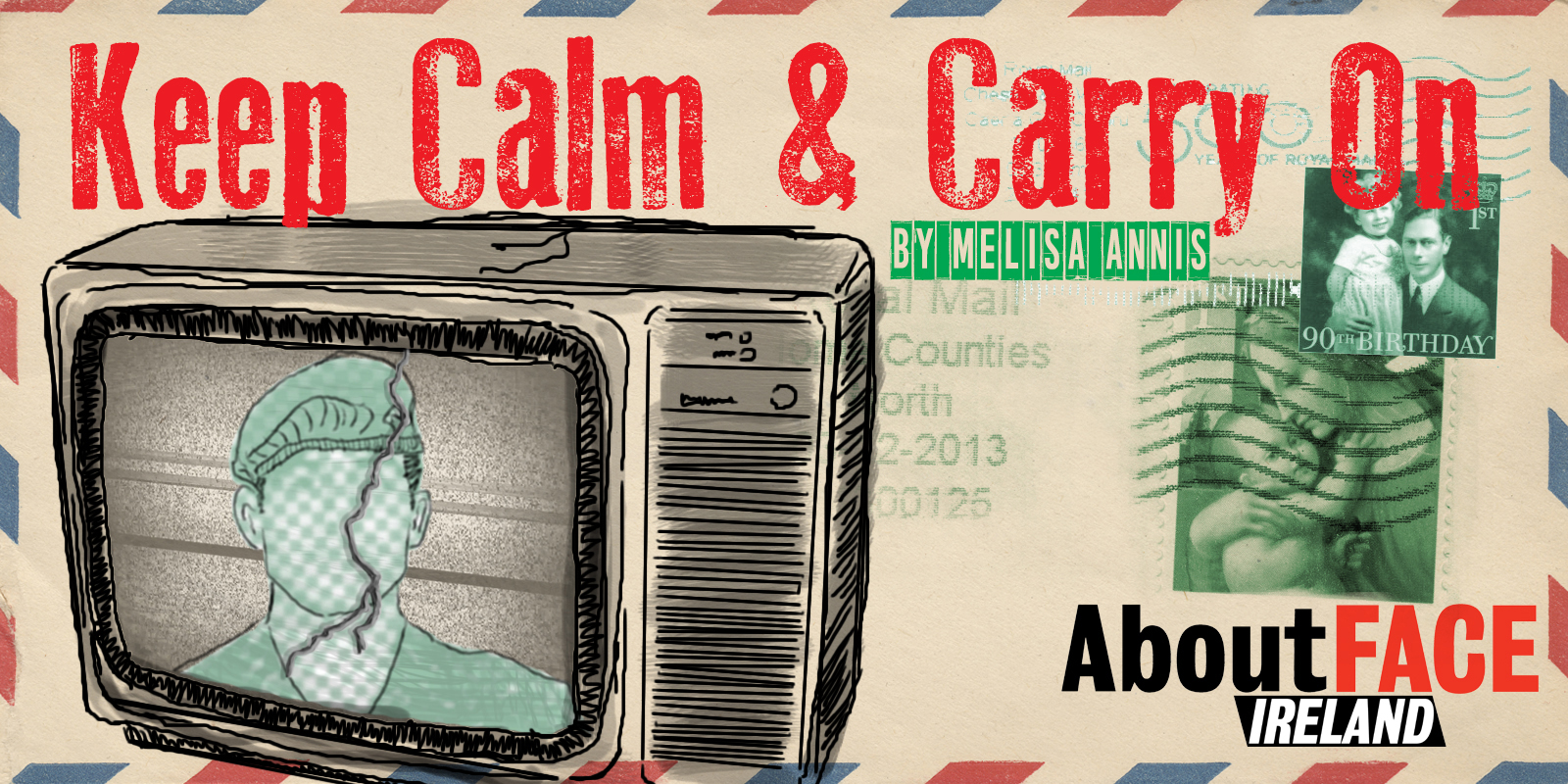