by Moisés Kaufman and members of Tectonic Theater Project

In October 1998, twenty-one-year-old Matthew Shepard was kidnapped, severely beaten, and left to die tied to a fence in the middle of a prairie outside Laramie, Wyoming — because he was gay. Through more than 200 interviews with the people of the town in the aftermath of the beating and during the trial, Moisés Kaufman and his team construct a deeply moving theatrical experience, exploring the depths to which humanity can sink and the heights of compassion of which we are capable.

“A deeply moving theatrical experience…it is compelling.” – The Irish Independent

“… precise in detail … the cast rise to this significant theatrical occasion with distinction … One for the diary. ” – The Irish Times

“Stunning … This dynamic young group have grown in artistic strength since their debut production 18 months ago.” – Drama League of Ireland Newsletter

“A highlight of the festival will certainly be The Laramie Project, presented by the AboutFACE Theatre Company … performed to incredible response.” – Free Magazine

… Standout performances by Nugent, O’Donnachadha, and Stapleton, with strong moments from the ensemble as a whole.” – Wow.ie

Additional Review Excerpts
Click tabs below for additional review excerpts.
+More from The Irish Independent Review
“A deeply moving theatrical experience … this intense drama makes a welcome Irish debut thanks to the relatively fresh-faced AboutFACE Theatre Company … a tightly edited theatrical collage that jumps quickly and smoothly from one character to the next with just a word of introduction … the eight actors in this AboutFACE Theatre Company production swap roles and scenes, giving the events a natural and flowing pace … it is compelling.”

+More from The Irish Times Review
“Presented by the enterprising AboutFACE Theatre Company … the questions asked in this play are for all of us … there is a non-judgemental current running through this play, bringing with it the hope of redemption … the cast are clearly committed and involved in the story, but they wisely steer clear of excessive emotion … precise in detail … the cast rise to this significant theatrical occasion with distinction … the play in receipt of these golden descriptions is The Laramie Project, produced by a dynamic young group whose work to date has had its own share of plaudits, the AboutFACE Theatre Company. … One for the diary. ”

“The piece itself is a dream come true for actors, and director Paul Brennan has assembled a company that are clearly committed to the text … Changes in persona are generally wrought through simple and direct costume adjustments, and Brennan and company have created graceful ways in which each actor transforms, and in which other actors subtly aid in those transformations. It’s as simple as one player handing a hat to another, but it creates a lovely feeling of connectedness between them … Standout performances by Nugent, O’Donnachadha, and Stapleton, with strong moments from the ensemble as a whole.”

+More from The Evening Herald Review
“Challenging Northside play echoes recent Irish cases … Paul Brennan, who is directing the show for the AboutFACE Theatre Company, feels that the issue of a young man being beaten to death is something which most Irish people can identify with in light of recent court events. … ‘I think this play will have a real resonance with the people on a local basis.’ … The teaching of a legendary Russian actor and the murder of a gay student in Wyoming form the inspiration for AboutFACE Theatre Company’s latest production … the Michael Chekhov approach to acting … creating characters using the imagination of the actors … you can begin to see the physical difference in the actor’s performance. … Actor Paul Nugent says that despite the subject being a controversial issue, it is something that people can identify with on many levels. ‘We try our best to choose stories that anyone can come and see and not feel alienated by. I think people tend to think that shows like this will be a bit avant garde or provocative or strange in some way, but the key thing is that a show should have the ability to appeal to a wide range of people, which I think it does.”

+More from Scene City Magazine Review
“The Laramie Project was presented to great emotional effect by AboutFACE Theatre Company in the Space at the Helix. Paul Brennan’s inspiring direction was fluid and almost choreographed, to present a seamless web of good casting, strong characterisation, fine performance and emotive technical skill … the audience stayed rooted to this gripping rendition for over three hours and to the reflective and inspiring discussion that ensued. This play blurred the lines between acting and realism with a power and beauty that impacted directly on the audience. The players were as one, presenting a multicoloured quilt of characters that always caught one’s attention, and with the tiniest nuance in costume transformed and created a multitude of distinct identities of the citizens of Laramie. The Laramie Project has much to teach about contemporary Ireland and the importance of such events like a gay theatre festival in a society where homophobia lurks in the recesses of the excesses of the past. Great theatre!”

+More from The Local News Review
“AboutFACE continue their success producing new, challenging and approachable theatre … Don’t miss this opportunity to see one of Dublin’s most promising new theatre companies do what they do best, tell you an amazing story.”

+More from Babilonia Magazine (Italy) Review
“The most interesting concept for us (the play has never been staged in Italy) was that of The Laramie Project … Attempting the difficult challenge of staging the play is AboutFACE Theatre Company, under the direction of Paul Brennan … He is well served by his actors (half of them American, half Irish), who play multiple roles.”

+More from RTÉ.ie / AERTEL Review
“AboutFACE Theatre Company have certainly taken on a challenge here … richly evoked … Chris Roufs’s technical and visual contribution expertly applied in the ‘media frenzy’ scene and Chiara Browne’s haunting musical accompaniment enhanced the production … the overall effect was one of harmony … If one had to single out anybody, Charlie Kranz’s portrayal of Matthew Shepard’s father was imbued with much poignancy; it demanded nothing but the utmost attention from the audience.”

+More from Irish Theatre Magazine Review
“A compelling collage of confession and contradiction, remembrance and remorse, depicting a community’s effort to understand Shepard’s tragic death … the young cast, directed by Paul Brennan, deftly present this challenging work, which demands that eight actors play in excess of sixty roles. Perhaps most striking is the production’s sensitivity … this quality is further enhanced by graceful choreography and musical interludes which punctuate the production, as if to temper an overly-emotional audience response. Similarly the set design, comprised of telephone cables fading into the backdrop, impresses the twin importance of communication and perspective. Such components prevent the production from sinking into embittered judgement, offering instead a moving memorial … the audience is treated to an evening of excellent performances … AboutFACE’s elegant production is a cautionary reminder of this point in hand; a timely tale for Irish audiences, of how ignorance produces hate, of how fear breeds exclusion.” 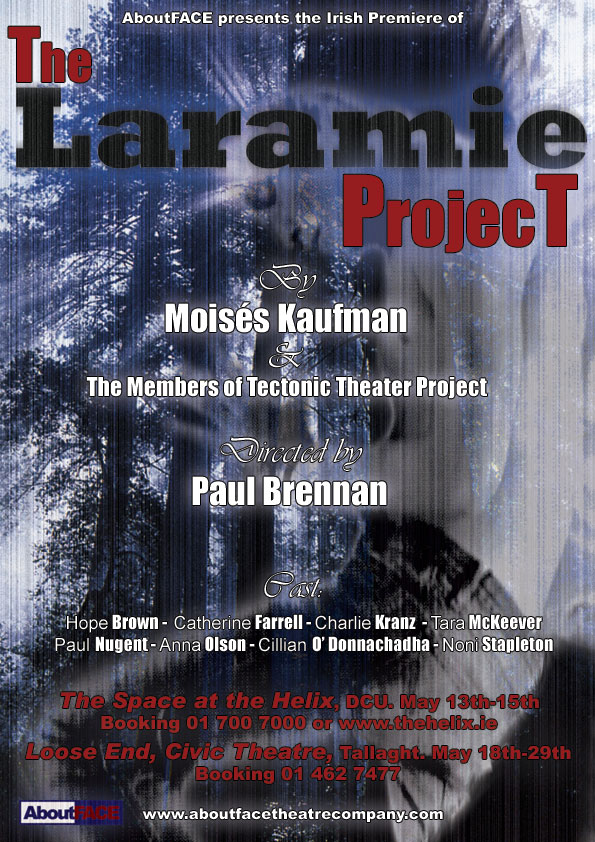 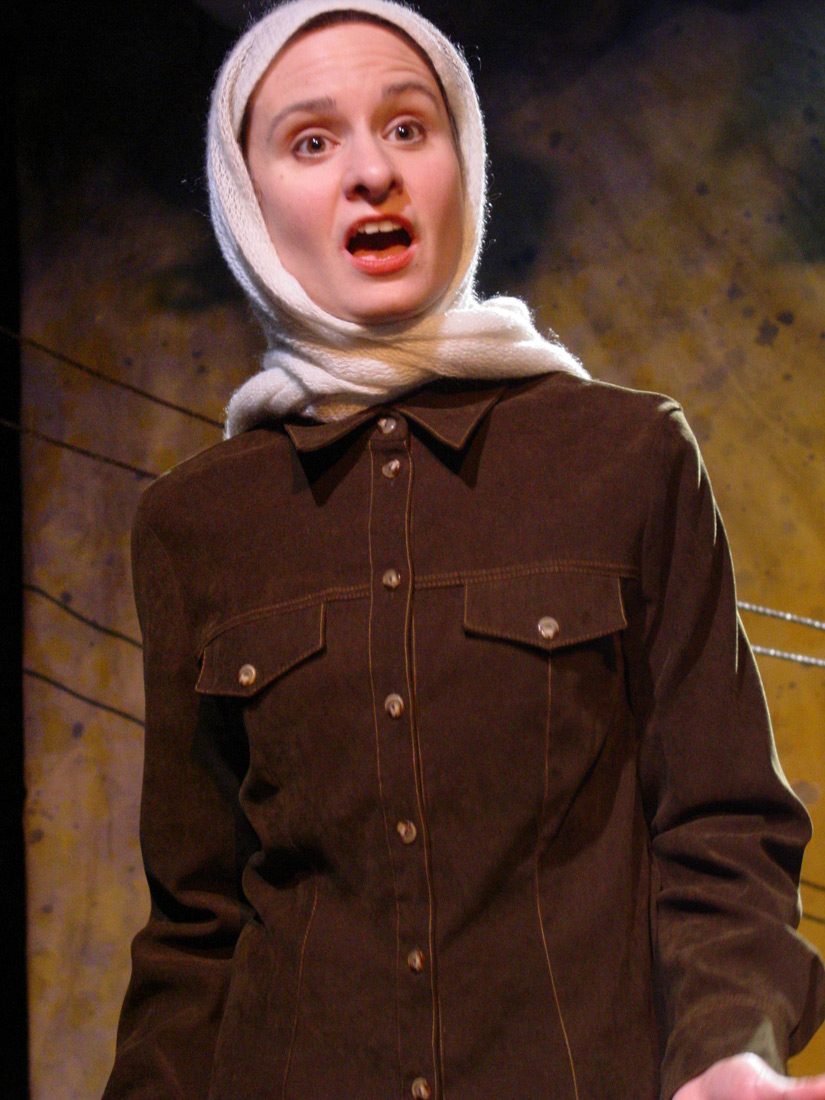 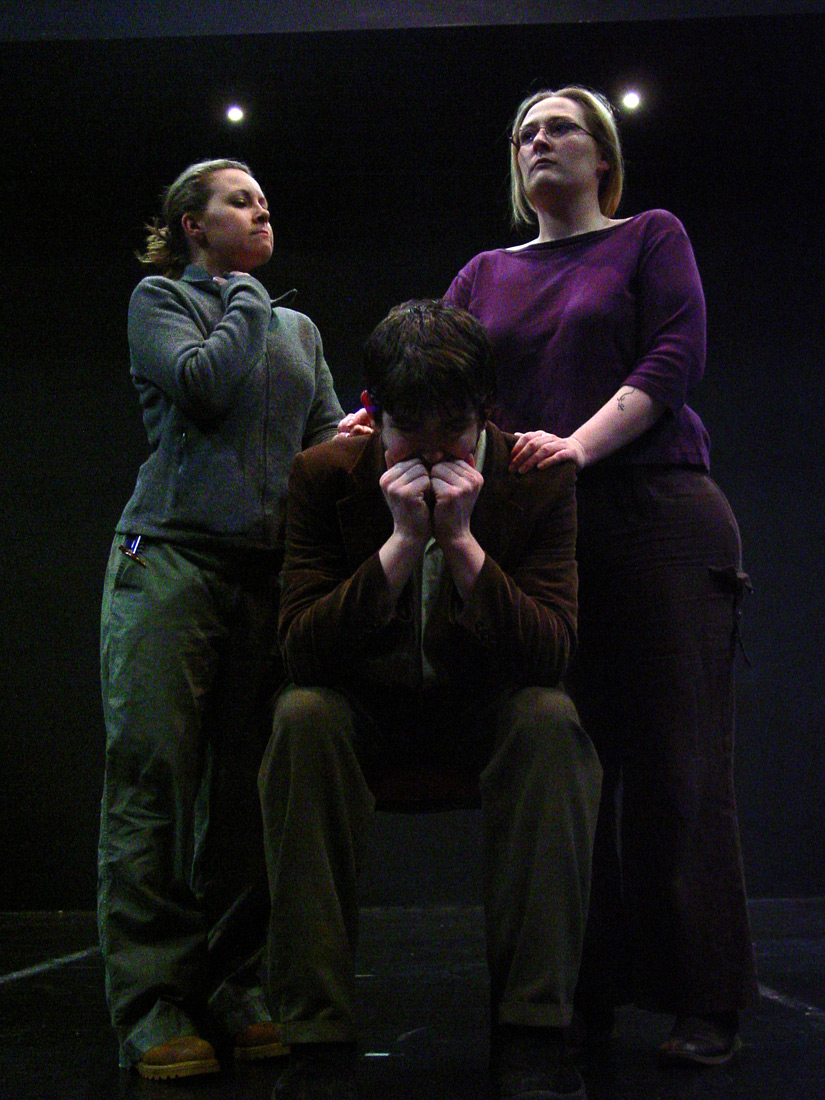 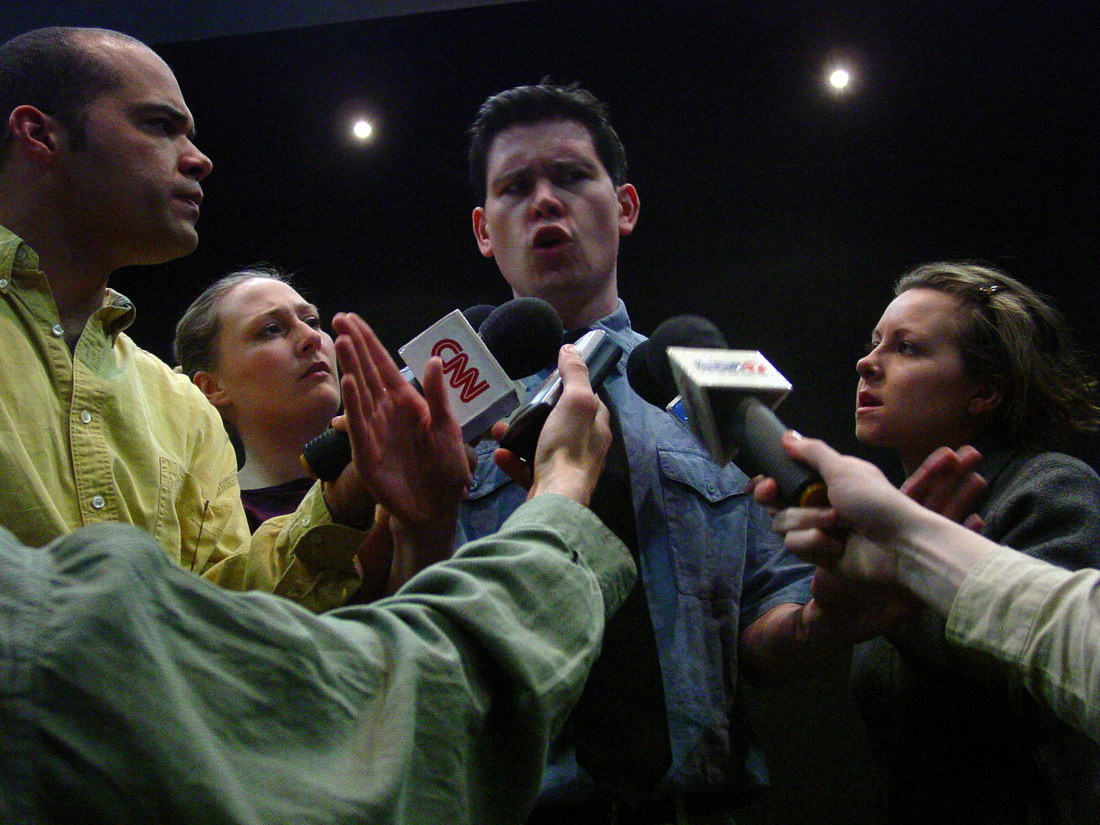 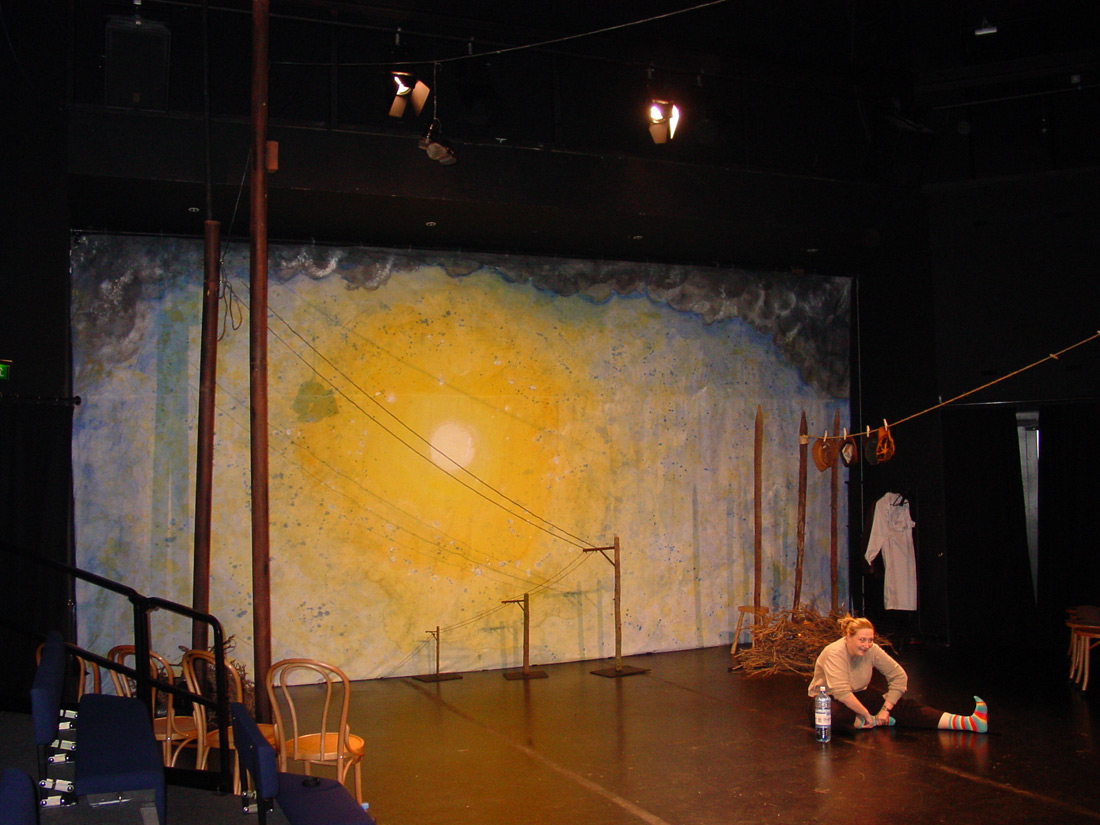 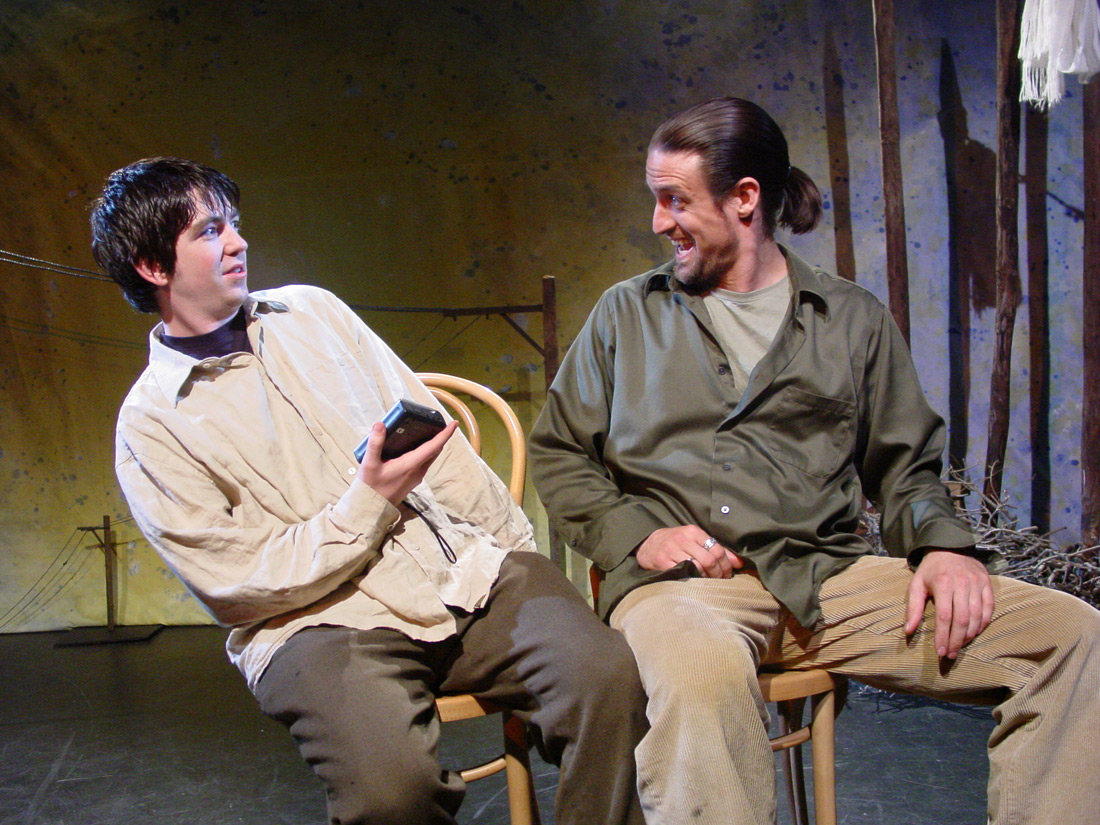 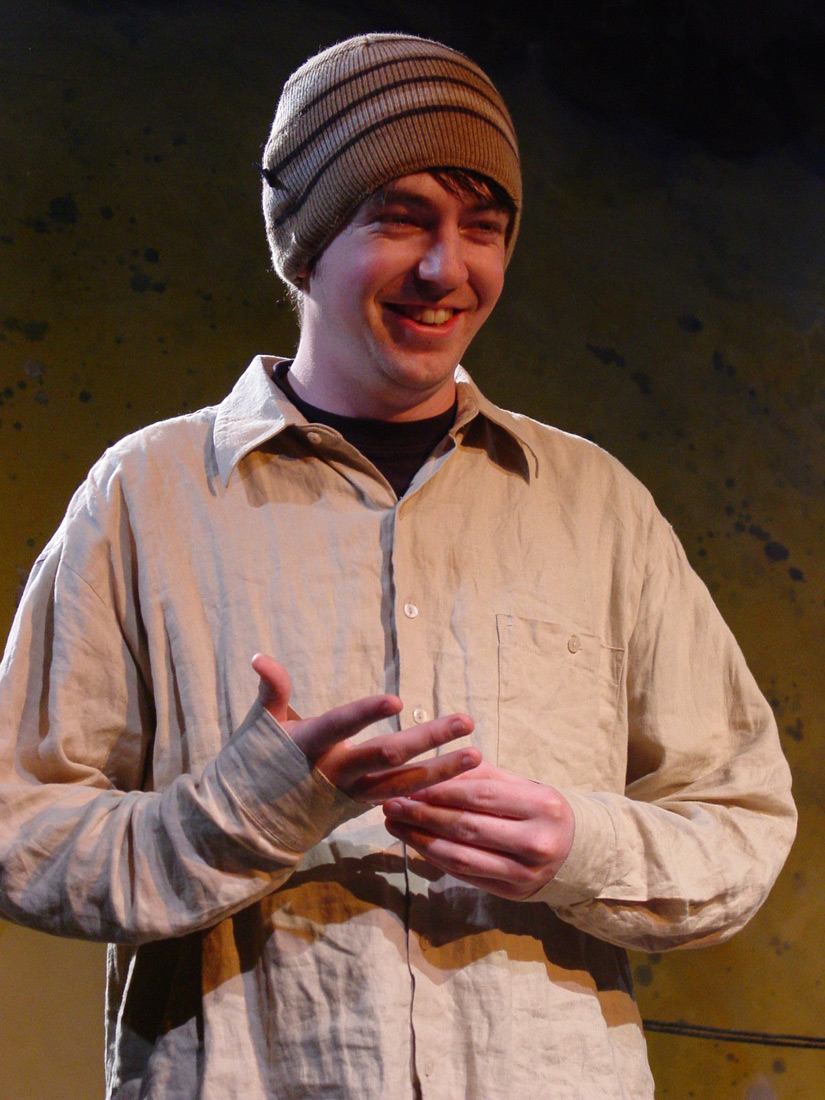 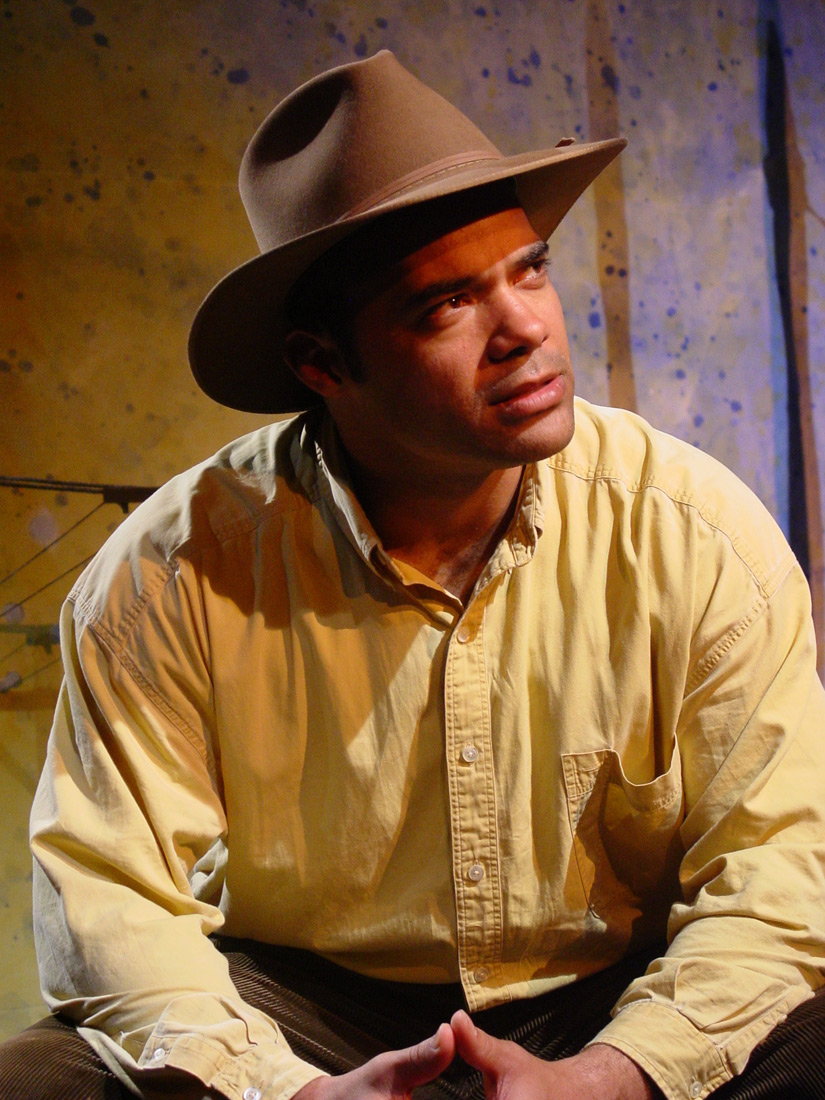 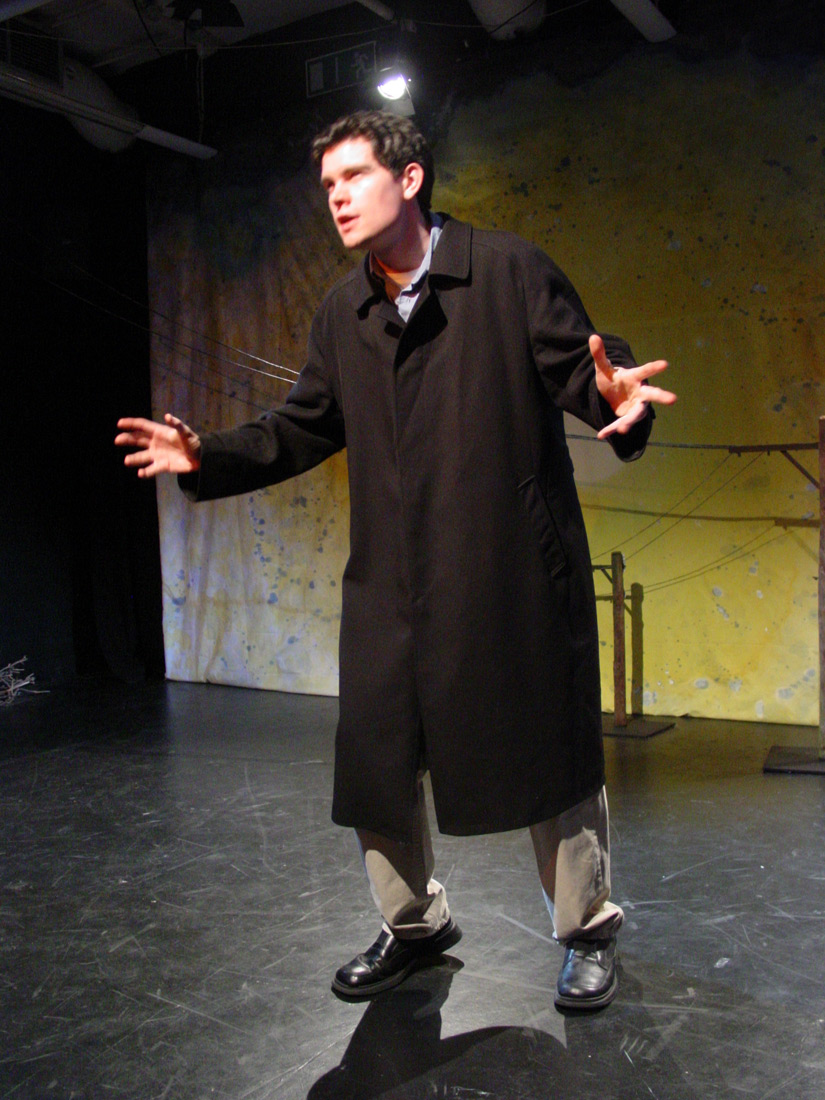 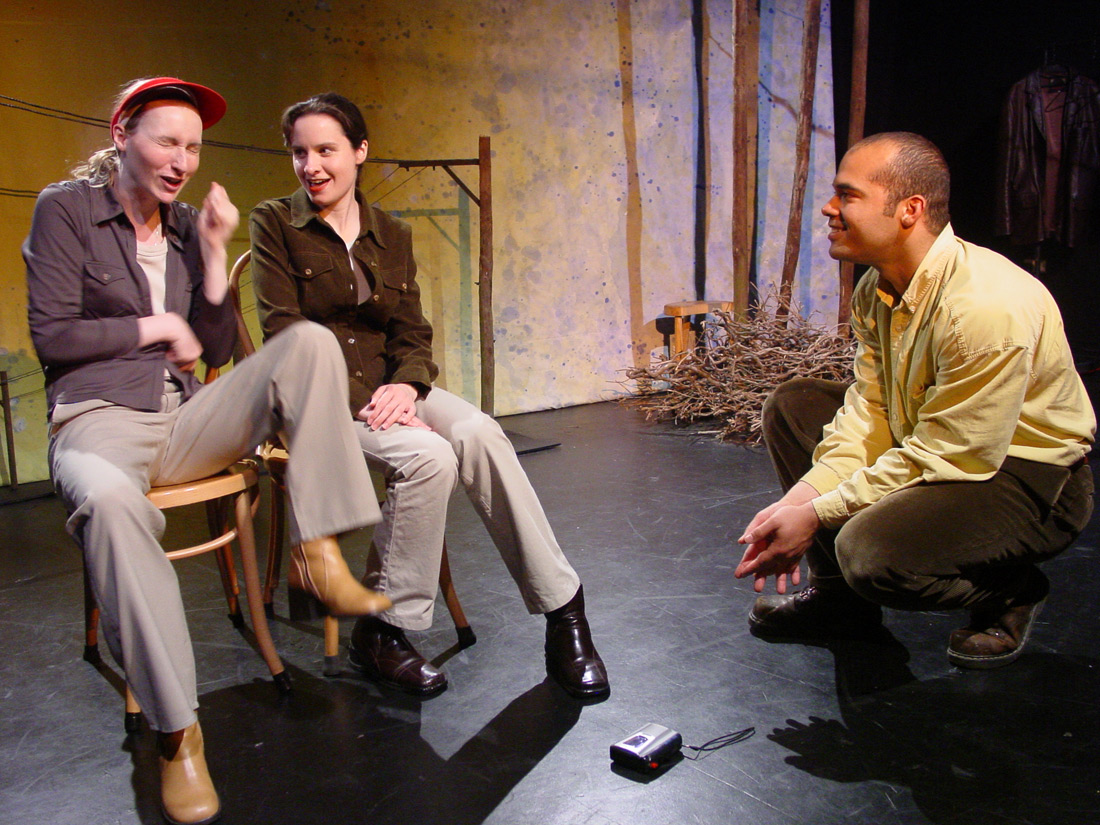 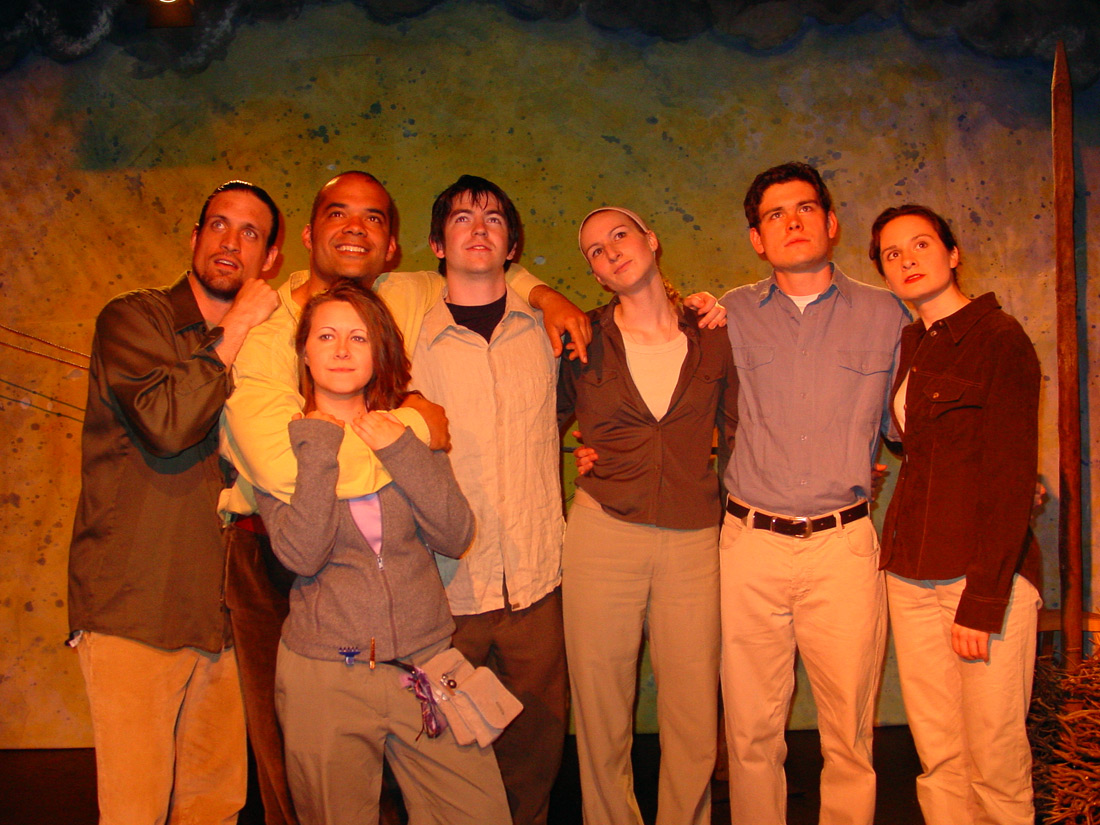 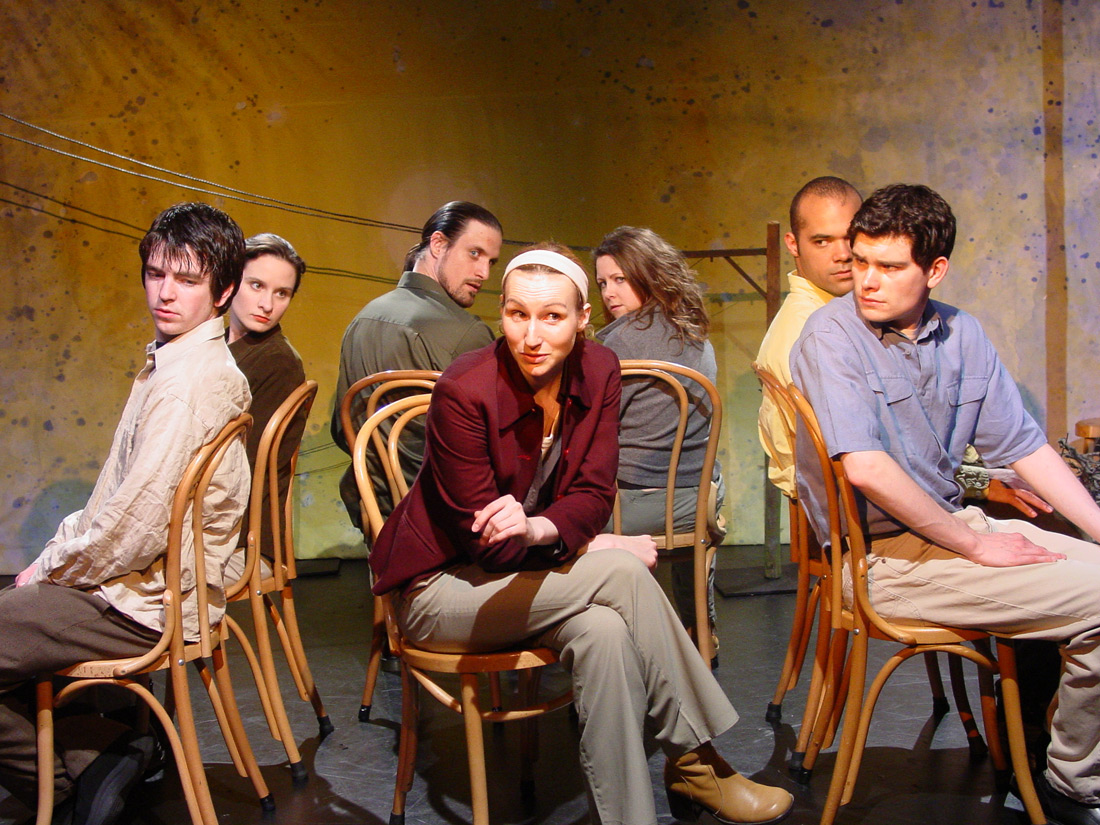 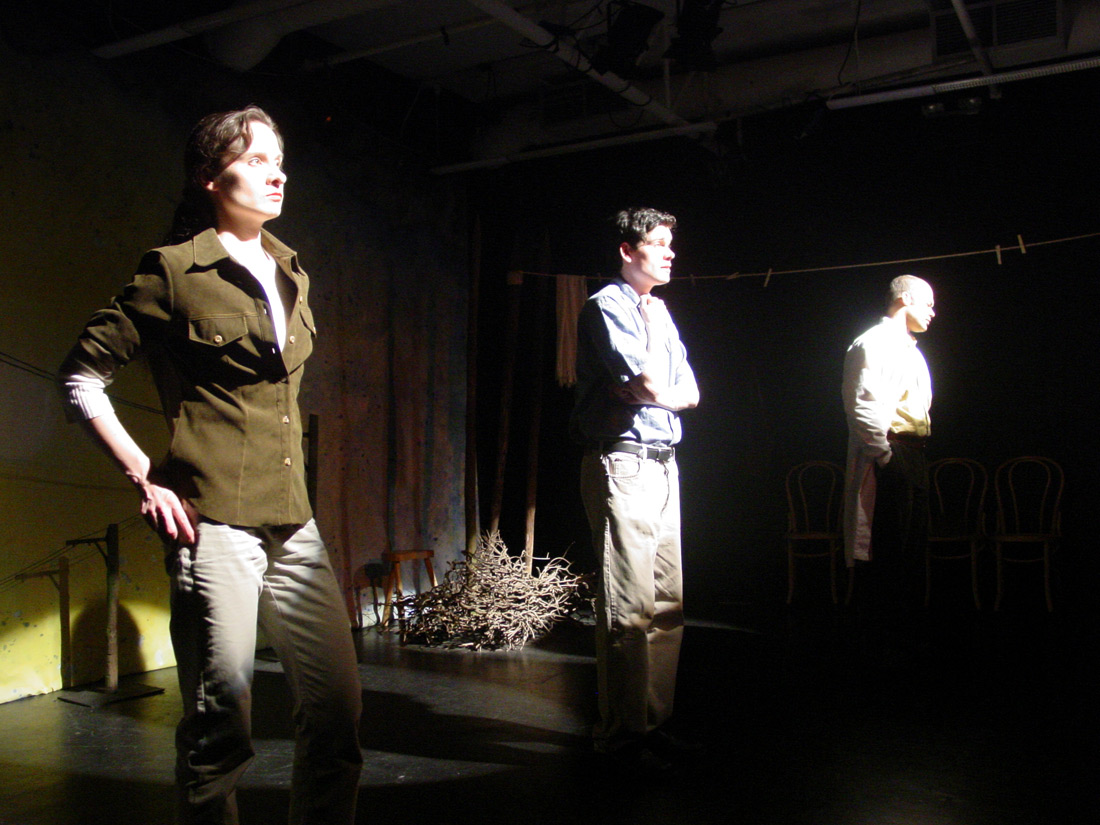 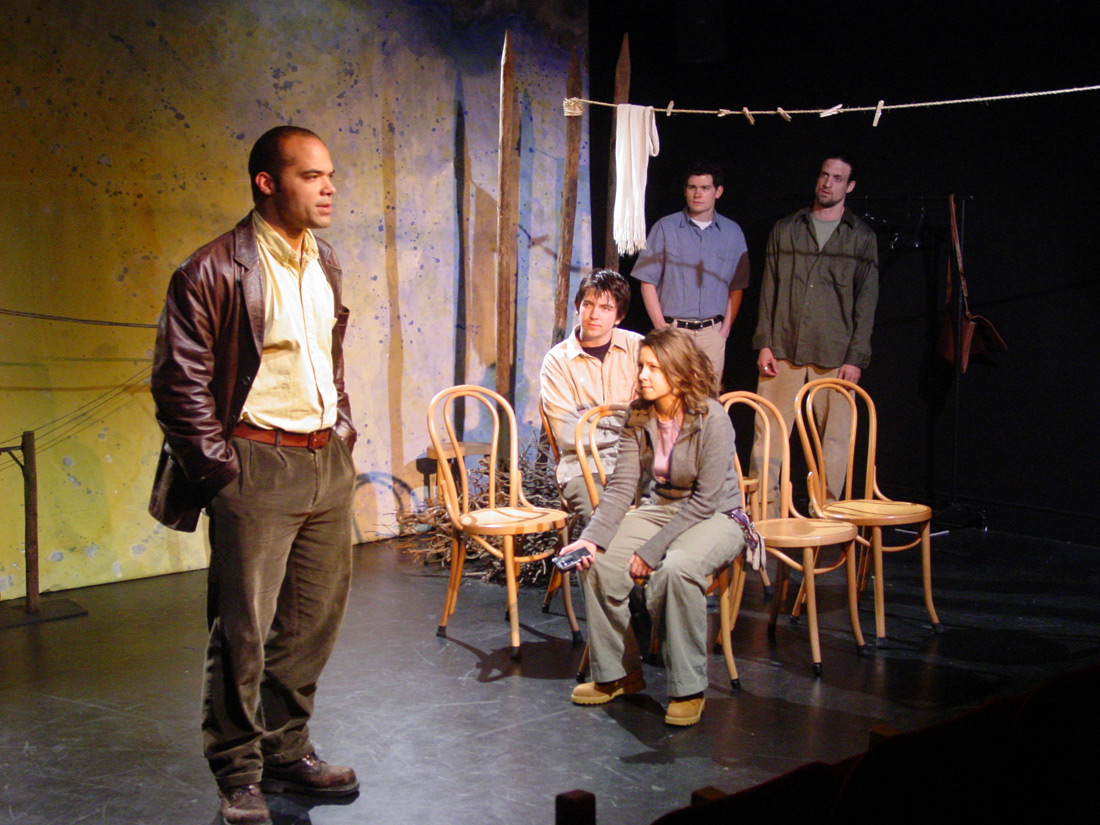 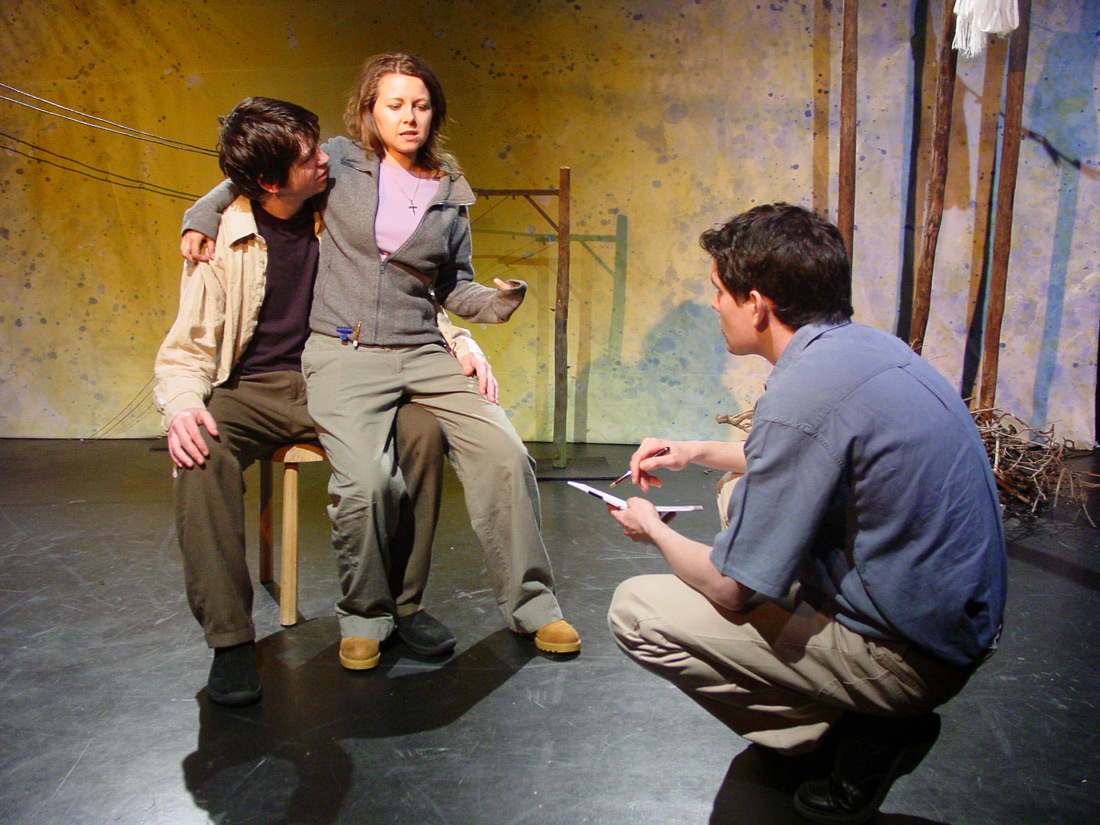