In this taut, surprising, claustrophobic thriller of status, secrets and the dangers of memory, Jon, an aspiring filmmaker on the verge of hitting it big, reunites with his best friend from high school, Vince, a volunteer fireman who makes his money selling dope. Only Vince has a big question in mind this evening: did Jon date-rape Amy, a girl whom they both dated in high school? And not only that, he’s invited Amy to have dinner with them that night — and Vince is taping their whole conversation…

“My one gripe is directed to the evening’s brevity, at some 75 minutes, and that only because I should like to have seen more; what is known as a good complaint.” – The Irish Times

“… it is gripping stuff, and well acted” – Sunday Tribune

“… a gem in terms of pace, characterisation, and constant shifts of status.” – Wow.ie

Additional Review Excerpts
Click tabs below for additional review excerpts.
+ More from The Irish Times Review
“American author Stephen Belber’s TAPE is a psychological thriller. Nobody dies or is injured, at least on stage, but the two men and one woman involved are seriously bruised by the play’s action and outcome … the tension mounts, to produce a truly shocking revelation … it all tapers off in a dying fall that is more effective than gunfire. The actors are wholly convincing in their roles, Vince (Alan Walsh) tough and latently violent, Jon (Paul Nugent) probing for a painful truth and Amy (Anna Olson) a volcano that has been dormant too long. They build the serial tensions with conviction, and add a tip-of-the-iceberg sense of much more beneath the surface. John Delaney directs them with pace and balance. My one gripe is directed to the evening’s brevity, at some 75 minutes, and that only because I should like to have seen more; what is known as a good complaint.”

+ More from The Sunday Tribune Review
“TAPE worms its way inside (headline).
The claustrophobic current production TAPE sits perfectly there … TAPE is an intense one-act work … a densely-worded psychodrama of mutual accusations and denials …watching the two men bullying one another is an unpleasant experience where one is left constantly shifting one’s opinion which is the less unattractive of the two: Jon, with his self-righteous condescension, or Vince, with his slobbishness and arrogance. It is only with the entrance of Amy, the girl they both dated in high-school, that one’s sympathy is engaged … the web of lies, accusations, denials and entrapments becomes exponentially more tangled … it is gripping stuff, and well acted … New company AboutFACE and director John Delaney look like ones to watch out for.”

+ More from Wow.ie Review
“Stephen Belber’s tightly wrought one act packs an impressive amount of elegantly presented exposition into its seventy five minutes, and AboutFACE Theatre Company has mounted a focused production of it. It’s a not-so-simple tale of deeply held grudges that ends illuminating some interesting ideas about the shadow side of personality … The discomfort that blooms between the two friends takes its starting point from old rivalry and swiftly degenerates into confessions and blackmail. When Amy herself makes her appearance, the play’s main idea really takes off, that this violence that the men have been trying to ‘train’ out of their systems, or at least address, is nothing compared to Amy’s deep anger … shocking, yet satisfying … Alan Walsh is most confident in his performance of Vince, perhaps because he makes the best use of the space … he commands our attention at all times … Anna Olson does well as the high strung but smart Amy … a gem in terms of pace, characterisation, and constant shifts of status.” 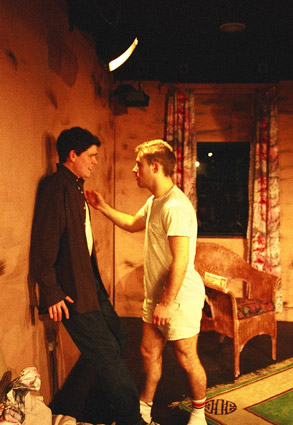 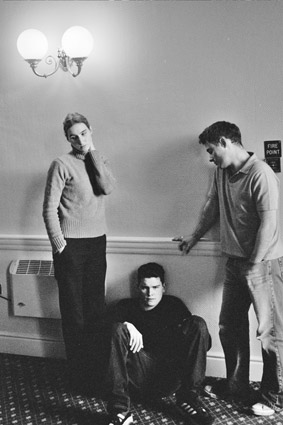 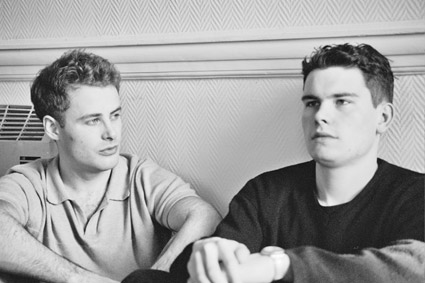 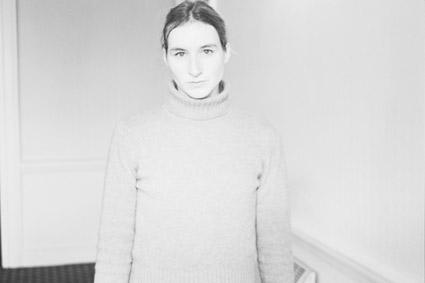 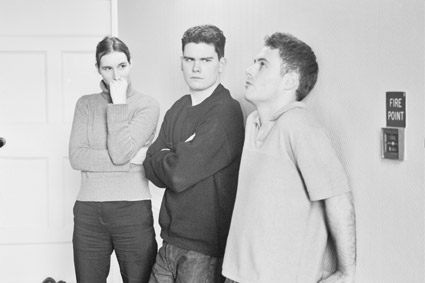 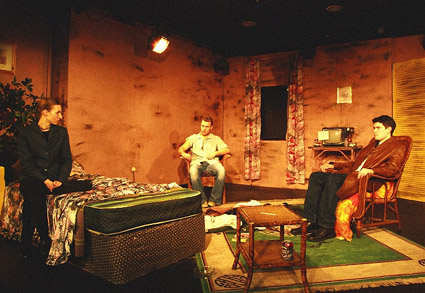 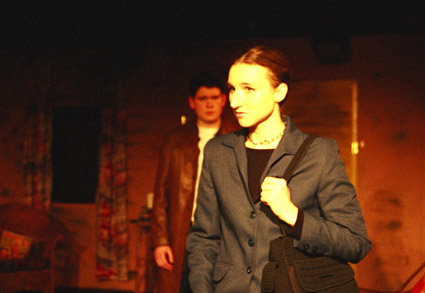 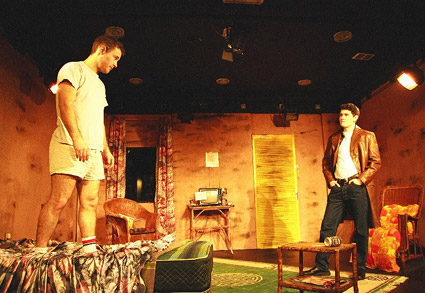 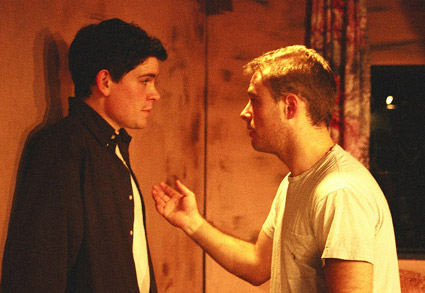