When the Lights go down by Krystal Sweedman 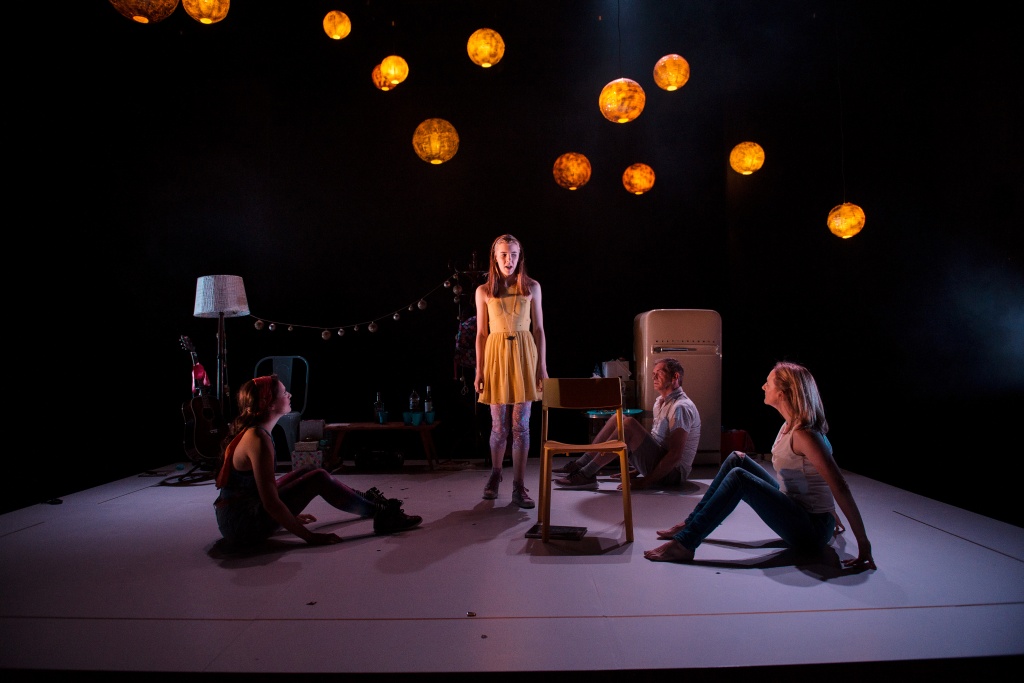 ’m nine, living in a small town, in Far North Queensland, Australia. My parents have all but given up on finding me an afternoon activity that will get me out of Mum’s florist shop so she can make her bouquets (while simultaneously taking my nose out of a book, and placing it somewhere with kids my age), when Theatre sings and dances its way into my life. It is a defining moment, although, at this stage I have no idea, how beneficial it is going to be.

The singing and dancing occurs during Show and Tell. While other students bring in pets (I brought in my Amethyst python) one of the most gregarious girls in class, Natasha, surprises us with a rendition of “All I want for Christmas” (is Jesus in a basket and gifts from three wise men); it’s August, and she’s playing Mary in the youth theatre group’s production of A Christmas Nativity. Seeing what fun she’s having, I beg Mum to get me into the production. Luckily small town florists are as connected as bigwig politicians and having arranged the director’s wedding flowers affords her a little clout. Even though the show is going up in two weeks, a place is found for me in the chorus. Then, as luck would have it, a boy drops out, and I find myself in my first role: Rapping Wiseman No. 3.

There’s a thrill to it; this performing business, a thrill to getting completely lost in character. A thrill to the compliments you receive afterwards (even when they’re from your father who slept through the entire show). A thrill to not feeling completely uncoordinated (as I’d felt when I tried tennis), or guilty that you’re costing your parents too much money (the reason I dropped out of ballet), and a thrill to finding your people. In school I was too enthusiastic to be cool, but in the theatre I was surrounded by similarly imaginative, creative people and these traits helped me fit in, rather than be an outsider.

Needless to say I was hooked.

When I was ten, I told a different director, after reading the script Danger Kids, that I intended to audition for their arch nemesis, Carmen Sandiago (who was intent on rigging all video games, so the baddies always won). The director told me that I would be the youngest auditioning, so I should not get my hopes up. I had nothing but hope, and a sense that I felt Ms Sandiago more strongly than the do-gooder Danger Kids, or any other character in the
show. I auditioned, got the part, and ended up ricocheting from lead role to lead role in every school and youth theatre group production, until university, where I stopped acting because I faced my first series of rejections. Like many big fishes in tiny ponds who find themselves suddenly in a lake, I wasn’t, at 18 equipped to deal with the knowledge that there is an incredible array of talent in big cities and that rejection is an inevitable part of the game.

Luckily theatre had taught me to hope, and when one has been given a place to express themselves, and then puts a plug on that, the creativity has to come out somewhere, otherwise there is a great unease. I did nothing creative for a long while and carried an immense sadness, a longing, loneliness, that only lifted when two years into my Business and Psychology degree I fled to London, to try and discover myself. It was while watching theatre that it lifted; something about a group of human hearts syncing together when the lights go down, sharing a story of transformation; I wanted that. To be involved in creating that, and I saw incredibly, that there was an industry for theatre makers. So I changed my major from psychology to drama, and returned to Brisbane to complete my duel degree. At the same time I started writing; songs, small poems, parts of plays. Although, I couldn’t seem to get past the first few pages with the plays, something was blocking me.

As a child, theatre gave me a place to express my feelings, but always through someone else’s story. I could hardly talk about my own, in our family we were encouraged to only share positive experiences. Neither Mum nor Dad spoke about what was happening at home, so neither did we. When I got accepted in NIDA’s playwriting program on the basis of three fragments I submitted; I suddenly had to write a full length play. Over the course of a year I wrote seven completely different (and quite terrible) first drafts; plays ranging from spy dramas to historical re-imaginings, until in a burst I could barely control, the writing around the pain gave way, and I wrote Sunnytown, a play about a small town girl who uses her imagination to escape the violence that surrounds her.

I truly believe that doing theatre as a child, saved my adult self from alcoholism and the myriad of other addictions we humans pursue to avoid our feelings. Theatre not only gave me a tribe, but also taught me how to access my emotions while giving me a place to express them.

My home of origin was a place of flickering lightbulbs. Of Dark and light. Love spoken about extensively and then the bulb would blow and I’d know it was time for my parents’ emotional explosions. Neither had a place they could express their feelings; neither had theatre. Instead they bottled until the bottle was empty, the switch flicked, and out would come abuse that could slay a sense of self in an instant. Fists, broken plates, bitten hands, bruised bodies, bruised egos, broken hearts. A cascade of unexpressed pain, built up during the day, released both slurringly & violently at night.

We didn’t talk about the alcohol or the violence. In the morning when the click, click, click of the personality changes had reversed, Mum was once again loving; Dad once again solid, it was like everything that happened had been forgotten. There was no need for anything to change because all had spewed forth in the night, and the light was back. Brighter than ever.

A great theatre production brings us into a world of characters who are struggling with themselves but still manage to change. Through obstacles and interactions with an antagonist they learn that their way of being is not conducive to their goals. As an actor I could feel this transformation, every time I lost myself in a role. As a writer, I’m responsible for finding the characters and situations that best represent the feelings, so that an audience can move cathartically through the stories I present.

I know I’m not creating at the level that I want to be yet, that I still spend a lot of time writing around the pain, before purging through it, that sometimes characters do not learn and change, and therein lies the tragedy, that art is often challenging to audiences because it shows an ugly truth dressed up, and if it works, it says something new and therefore risky. While entertainment reassures us by telling us what we already know and that the latter is far more popular than the former. That Ireland is full of incredibly talented people, and another large lake in which I’m trying to swim. But it is hope that ultimately drives me; a hope to make a difference, to find and nurture my tribe, to always express as honestly as I can what it means to be human.

I want our hearts to beat together and for everyone to emerge from the theatre understanding themselves and their fellow humans that little bit more, because that is what theatre has given me. Theatre is the place I belong. It is my home. 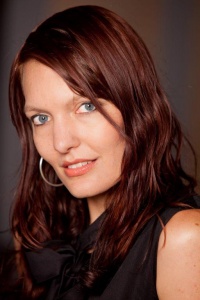 Krystal Sweedman is an Australian playwright and dramaturg, based in Ireland.