Standing On The Stage On A Snowy Evening by James McLindon 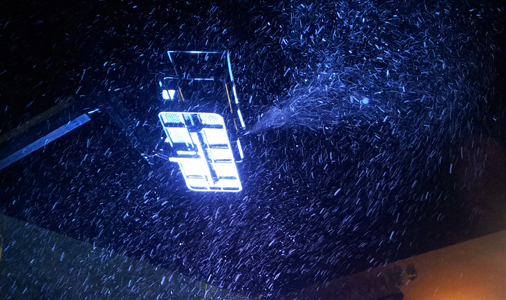 returned to playwriting after a lapse of a number of ill-spent years becoming a lawyer and practicing law. The first play I wrote took place in a pub in Cambridge, Massachusetts, over two days in the midst of a great Nor’easter. The script called wistfully for the snow falling outside to be visible through the pub windows, a pretty big ask, I know. Nevertheless, when I came to the first run-through, there it was, falling outside the window at a great clip. I took my son, who was eight at the time, backstage after the run to look at the snow machine, a great barrel that required a relay team of stagehands to slowly rotate it for the entire length of the show. My son looked at the barrel and then went back on the set to look at the snow following through the window, then returned to the barrel for another look, almost unable to believe that this machine, so pedestrian and clumsy up close, could create such a magical illusion of a snowstorm from the only vantage point that matters in a theater: the audience’s.

That small moment summed up a lot about the collaborative nature of theater for me. I had no practical idea how to create the illusion my script calls for, but I didn’t need to. The set designer knew how, and the stagehands were diligent in the operation (which was a colossal pain for them about which they were too gracious ever to complain). Theater allowed me to leverage my imagination through the collaborative resources of theater to make far better art than I would ever be capable of on my own. As I continue to write, I try to keep that in mind when I begin to feel a stage direction is impossible – and to remain grateful for it. Theater enables me to write what I cannot physically create because it puts me in tandem with artists who can. 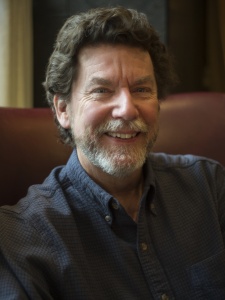 James McLindon is a New York and Boston-based playwright whose plays have been produced across the U.S. and around the world.  www.jamesmclindon.com